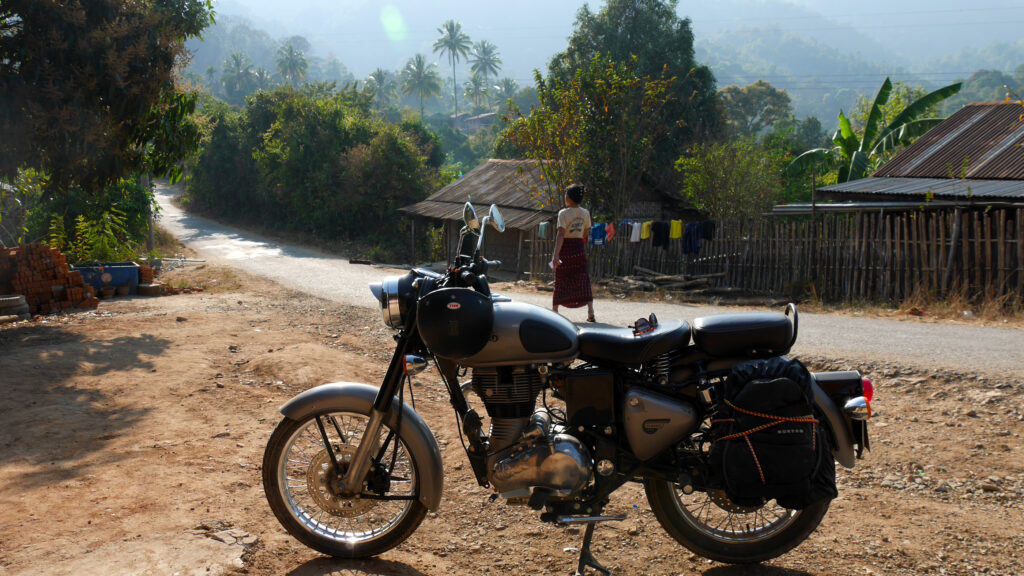 Myanmar on a motorbike, part 7: The great adventure over the mountains, from Loikaw to Taungoo

Loikaw was the last longer stop on our motorbike trip in Myanmar. Now it was time to start our journey towards the last station of our road trip, Yangon. We wouldn’t be able to drive the whole way in one go, so we were planning to spend the night in Taungoo, a bit over 200 kilometers from Loikaw.

Judging by the map, the road ahead of us looked insanely curvy. And that it definitely turned out to be. This was no doubt the most demanding day of our road trip from Mandalay to Yangon. On the other hand, the views on this stretch were also unbeatable, and we got to drive through several idyllic mountain villages.

Jitters before the journey

There are some highways in Myanmar where motorbikes are not allowed. The one from Loikaw to Yangon was among them. Therefore, we would need to take the old road from Loikaw to Taungoo, which zigzags over the mountains. By looking at a map, the road seemed to have an endless number of curves and the curves seemed to be unbelievably sharp.

The evening before leaving Loikaw, we were talking about our next day’s plans with the owner of the motel. When we told him, we were going to drive to Taungoo, he started to wave his arm and yell “no, no, no!” We asked why, and he answered by gesturing a windy road and said “adventure!” Well, we are always up for adventures, but have to admit, that it was a bit hard to catch sleep that night…

Towards the mountains and over them

According to Google maps, the 200+ kilometers from Loikaw to Taungoo should take less than six hours. We knew that we’d need more than that. We started off from Loikaw so early that we would have nine hours until it gets dark. That has to be enough, right?

The first part of the journey we drove the same way that we had taken to the villages of the Kayan Lahwi tribe the previous day. So, the day started with some construction work.

Slowly we started to ascend to the mountains ahead of us. The curves at the beginning of the journey were not the steepest ones and the road was in a good condition, so we could just enjoy riding and admire the gorgeous views surrounding us.

In around two hours we arrived at the Omega Restaurant, which was a nice stop along the way. The owner of the restaurant said that the journey would still be long but that it should all go well if we go slow and steady. He also warned us about some construction works ahead.

On the way we crossed the border from the Kayah State to the Bago State. On the border there was a check point. We had seen similar check points already on previous days of our road trip, but this was the first one where they stopped us.

Two police officers with very serious faces and a machine gun asked to see our passports and the license of the motorbike, which we had gotten from Discovery Rides when renting out the bike. We didn’t have a common language with the officers, so we didn’t understand what they were asking, but we tried to explain our route and tell where we are from.

After writing down our data and inspecting the motorbike, the men asked a third officer to come over. While we waited for him, one of the two officers tried to lighten the atmosphere by goofing around wearing Seri’s sunglasses.

The third policeman wanted to see our passports and the motorbike’s license, again. After that he asked for an international driving license. In fact, Seri’s international license is not mentioning motorbikes, so he decided to hand his Austrian driving license, instead. While the man inspected the license, we were quietly thinking in our heads, if our road trip was going to end sooner than planned. But soon the officer flashed a little smile and showed us to continue our way.

The endless downhill and its endless curves

After we had crossed one mountain, another one appeared. And another one. And another one. Even though we were really enjoying the views and the little villages on the way, soon we started to question, if these curves would never end. And no, no they didn’t.

As unbelievable as the number of curves was the amount of downhill. It felt like, apart from a few little uphills, that the whole way was one long downhill. The journey started to feel tiring to us, but the most tiring it must have been for our Enfield. We were two passengers with our bags on top of it, after all. Despite using a lot of engine braking, every now and then the brakes started to make such loud squeaking sound, that we had to stop to cool them off. The whole day we drove the same way with a funny gang with three persons on one scooter. One after another we found ourselves cooling off in the middle of some long downhill.

Luckily, the condition of the road in the mountains was mostly okay. Almost the whole way the road was more or less paved, even though sometimes the pavement was quite cracked. On this stretch there were also only a couple of small construction sites. Crossing some of the many rickety wooden bridges on the way was a bit exciting, though.

With riding slowly and having many breaks we made it out of the mountains to a flatter road in about seven hours. We thought that the rest of the way would be easier and faster, but oh how wrong we were. Now started the construction site marathon that the restaurant owner had warned us about.

Driving through the bumps and rubble, slaloming among construction vehicles and cars with reckless drivers, we started to lose our faith. Is this journey never-ending?! It got dark and because of the dust of the sand, the visibility was poor. Also, some insects were flying continuously into Seri’s eyes, as he had an open helmet and couldn’t wear sunglasses in the dark.

Believe it or not (we almost couldn’t), ten hours after leaving Loikaw, we finally made it to Taungoo. In the city we only had time to have dinner and sleep, because straight the next morning we would get up with our aching butts and continue our way to Yangon. 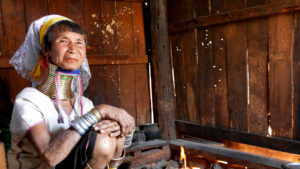 Myanmar on a motorbike, part 5: Loikaw and around

4 thoughts on “Myanmar on a motorbike, part 7: The great adventure over the mountains, from Loikaw to Taungoo”